In this media savvy technological world, it seems the younger you are the more adventurous you are with your TV watching. According to a new report, by research firm Ipsos OTX Media CT, more and more of the younger generation are watching TV on portable tablets and smartphones. 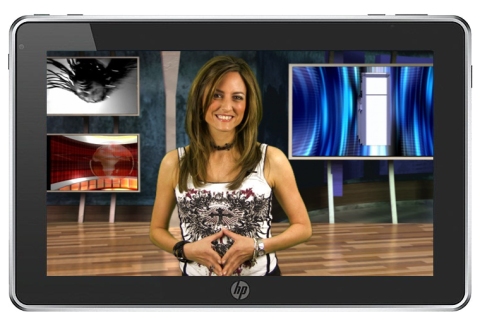 The online study carried out in April was compiled from a sample of 500 Americans aged 25-64 who had watched streaming video online in the past six months. Results indicate that younger users are increasingly using mobile devices to consume media content. Twenty four percent of 25-34 year olds questioned used iPods, iPads and other tablet devices to watch streaming TV and video. The study found that twenty one percent of users accessed TV and video via a smartphone, such as an iPhone, HTC Desire, Samsung Nexus and LG Revolution; and fifteen percent regularly used laptops and netbooks. Older viewers aged 35-64 preferred watching TV using a traditional television set.

The majority of content consumed was produced by the major TV networks, with video on demand and catch-up websites being used by the big majority those studied. The report found that fifty one percent of users pay to watch movies every month through streaming websites and services.

Sales of mobile devices look set to continue to rise in the future. The Ipsos survey asserts that fifty three percent of people questioned are planning to buy a tablet or laptop device, with streaming capabilities, in the next twelve months. Whilst twenty six percent of viewers studied are intending to buy a smartphone to watch TV and video.

“The results of this study illustrate the fact that consumers are increasingly accessing entertainment content wherever and whenever it is available and underscore the growing opportunities to adapt to these changing viewing habits by providing movies and other content on every platform” said Mark Greenberg, president and CEO of Epix, the online TV platform which commissioned the study.