Men Are Switching Off Television In Favour Of The Internet

Latest research indicates that the digital age is having a profound effect on the media habits of young men*. A new online study claims that computers, smartphones and internet access rather than other technologies are the devices that men cannot live without. 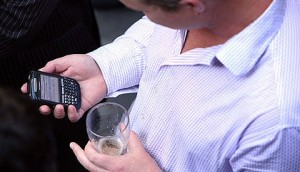 The Habits of Men Are Changing

The research highlighted an emerging trend amongst men, with more than two thirds stating that computers were their most important device for accessing information. This shift towards online content is reinforced by the findings which show that only 9% of men choose to read newspapers and only 12% watch TV news bulletins. Instead men are choosing to read online publications such as The Huffington Post, TechCrunch and Bloomberg.

The Great Male Survey, conducted by AskMen.com and Ipsos, also found that TV viewing habits were changing amongst men aged 18 -34. The study claims men are moving away from traditional TV viewing with 43% preferring to watch TV through internet streaming rather than using a TV set.

The traditional habit of slouching in front of the television after work also appears to be changing with the study indicating that 20% of men spend the majority of time on their smartphone compared to 13% who watch TV.

The study of 7,000 men discovered that smartphones are playing an increasingly important role in the lives of young men. 21% of those questioned claimed that their smartphone was now the most important device that they used to read news, watch TV and search for information.

The findings of this latest study support those published by the Pew Research Center earlier this year, which stated that 87% of smartphone owners access the internet or email on their handheld**. The American research reported that when asked what device they normally use to access the internet, 25% of smartphone owners said that they mostly go online using their phone.

Drew Lubega, editor of AskMen, said: “Men in 2011 are kings of convergence. Many said they couldn’t live without their computer and this is backed up by other statistics, with a fifth of males saying they no longer watch TV in a conventional way, and are visiting the cinema less to download films online – either legally, or illegally.”