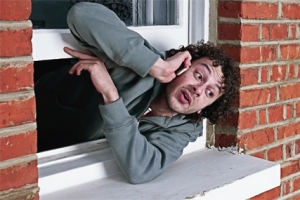 A BBC survey* into the state of mobile Britain suggests that 3G has some way to go before it offers comprehensive coverage across the UK.

Despite operator claims of 90% or more 3G coverage, there are still many ‘notspots’, including in major towns and cities, according to the BBC findings.

Those testers able to receive a data connection only got a 3G signal 75% of the time.

For nearly a quarter of the time they had to rely on older 2G technology. 2G is typically around ten times slower than 3G mobile internet.

Last month the corporation invited people to download an application that would collate the 3G coverage their Android handsets were getting.

44,600 volunteers took part, providing testing firm Epitiro with some 1.7 million hours worth of data from around the UK.

“The BBC has undertaken a crowd-sourcing survey that is well beyond any scale seen by the mobile industry in this country or any other,” said Gavin John, chief executive of Epitiro.

The experiment aimed to offer a snapshot of coverage. The results suggest that the performance of different operators varies enormously from region to region and the quality of 3G data services across the UK varies widely.

“Mobile’s key advantage is that you should be able to use it anytime and anywhere and that is not the case at the moment. There is no reason why coverage could not be improved,” said Windsor Holden, an analyst with Juniper Research.

Mobile coverage has become a huge issue as people rely increasingly on their smartphones and tablets to surf the web and send email as well as making phone calls. With the increasing popularity of social networks, applications and browsing on mobile devices users expect the same internet speeds and download times that they experience in their homes.

The challenge for operators is to provide mobile internet access that matches the experience that users have come to expect from their static broadband services. As Smartphones and tablet PCs continue to assert a more dominant role in the everyday lives of consumers the issue of mobile internet coverage will become increasingly important.